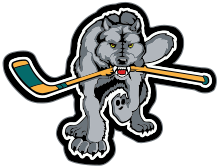 Kaminski comes to the Ice Wolves with over 14 years of coaching experience, most recently the Head Coach of the Fresno Monsters of the Western States Hockey League.

The Ice Wolves also announced that Gaelan Patterson will return to team as now Associate Coach & Asst. GM while Travis Hegland will return as Athletic Therapist.


Chat with Kevin Kaminski below: