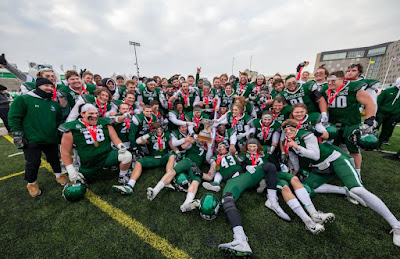 The Saskatchewan Huskies earned the berth into the U-Sports football National Semi-Final, after a 45-17 win over the Manitoba Bisons in this past Saturday's 84th Hardy Cup.

"It feels pretty good, this one might mean a little more special for me since back in 2018 when we won the Hardy, I was injured and wasn't able to play, so being more involved this year has made it extra special, but we know as a group that we haven't won the ultimate prize we want quite yet," said fourth year receiver and Esterhazy product Sam Baker.

The Huskies are getting prepared to head to Montreal this week as they prepare for this weekend's Uteck Bowl National Semi-Final against the Montreal Carabins.

"We know Montreal will be a challenge, but for us it's just worrying about our own game, if we play like we can and execute like we know we can that'll put us in the best chance to be successful on Saturday."

Baker, whose in his 4th year with the Huskies being named a Canada West All-Star, as he's hauled in 41 passes for 556 yards and 5 touchdowns in 2021, and he gave a message to other 9- a side players looking to advance their football careers.

"Just keep working hard, it seems more and more that guys from the 9-man game are excelling at the next level, because it doesn't matter where you played or what game you came from, the teams will find you."

The Huskies take on the Carabins' in the Uteck Bowl this Saturday (Nov. 27th) at 2:00PM Saskatchewan time.
--