Mils start roady with 5-4 SO win in La Ronge 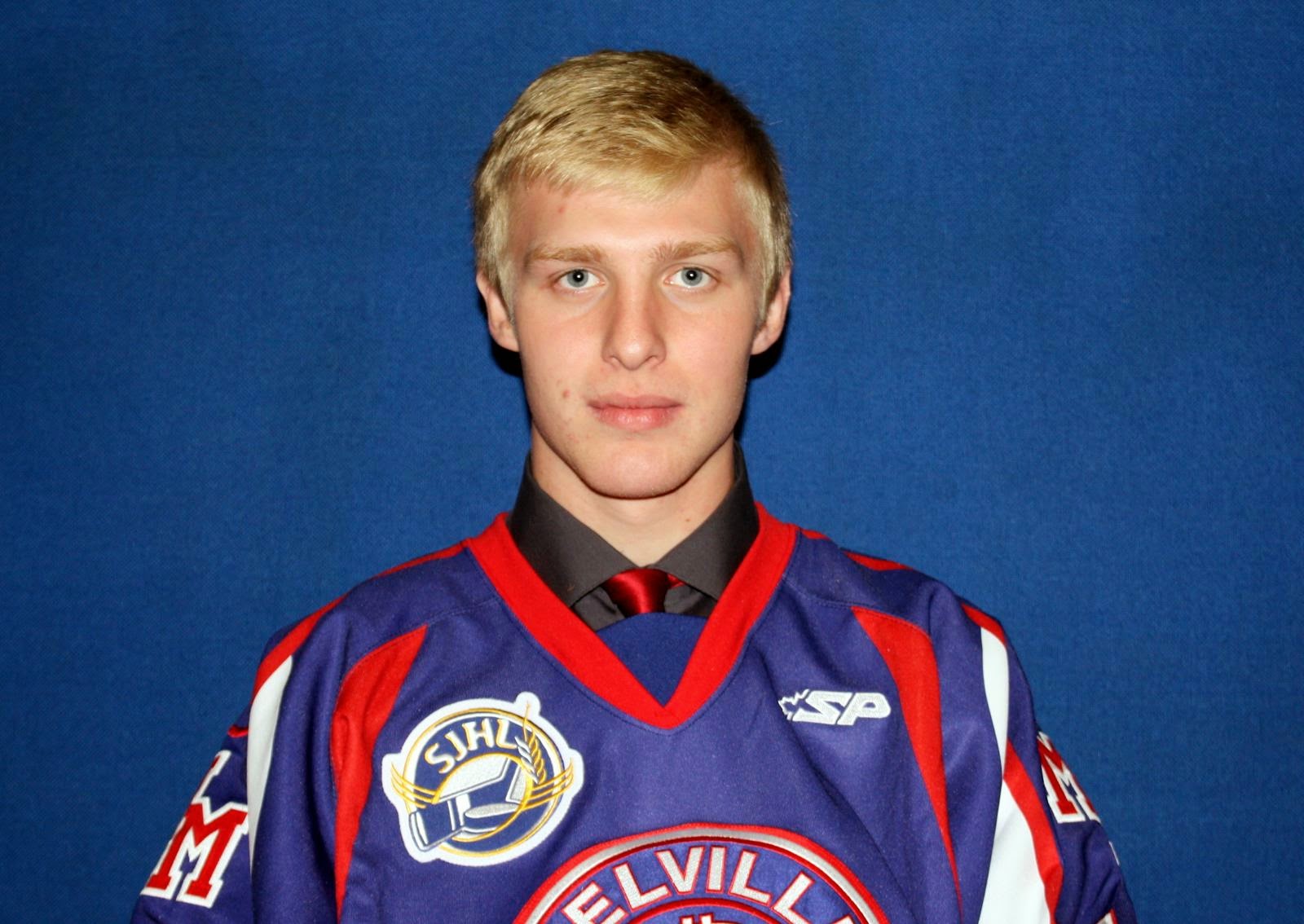 It wasn't pretty but the Melville Millionaires managed to get the 2 points as they defeated the La Ronge Ice Wolves 5-4 in the shootout in the 1st of their 3 games in 3 nights on Thursday night.

It wasn't the start that the Mils would've liked as the Ice Wolves drew first blood as Colby Daniels would hammer home his 7th goal of the season to give them an early 1-0 lead. Just under 5 minutes they would increase their lead as Joel Blacquiere would deflect home a power play marker for 11th goal of the season to make it a 2-0 Wolves lead. That bad start would kinda wake up the Millionaires as they would add 3 unanswered goals to finish off the period off the sticks of Mitch Lipon, Tyson Predinchuk (pictured above) and Ben Mack to give the visitors a 3-2 lead after 20 minutes.

In the 2nd it would be pretty much be all Ice Wolves as Toby Shattler would add the 1st of 2 on the period for La Ronge as he would jam home his 2nd of the season to even things up at 3-3. Then Cole Porter would squeeze home his team tying 13th goal of the year to regain the Ice Wolves lead at 4-3. Then the turning point, as the home team had all the momentum going for them, Adam Koopman just outside the blue line would send an innocent shot on the net that Austin Rediron initially stops but the rebound would take a weird bounce and go off his back and into the net to tie things up at 4-4 through 2 periods.

After a scoreless 3rd period and overtime, in the Shootout Joel Blacquiere would give the Ice Wolves an early lead but with goals from Tyson Predinchuk and Reed Murray & a couple of key stops from Trevor Martin that was enough to give the Mils their 23rd victory of the year a 5-4 win over La Ronge.

Trevor Martin made 27 saves for his 7th win while Austin Rediron stop 42 of 46 shots in the losing cause.

The Mils will continue their roady tonight (Fri) in Flin Flon, pregame 7:20, pxp at 7:30 with Yorkton Dodge Junior Hockey on GX94 from the Whitney Forum
Posted by Benny W at 23:04