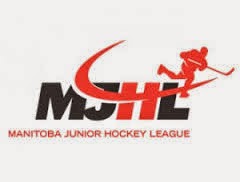 Tristan Keck of the Winkler Flyers has been named the MJHL’s most valuable player, Commissioner Kim Davis announced today.  Currently, the 19-year-old from Morris tops all MJHL goal scorers with 40 in 55 games.

Keck was one of five major award winners announced today, joining three members of the Portage Terriers who were also recognized for their outstanding season. The MJHL also released its all-star teams today.

“Every player should be commended for their outstanding performance over the regular season,” said Davis. “Coaches of the league vote and make the selections. These selections are extremely difficult to make. The talent level our league is reflective in how difficult it was to select these respective teams.”


Each all-star winner will receive their award at their home rink over the next two weeks. The MJHL’s top scorer, who will be decided upon season’s end, will receive the Mike Ridley Trophy, named after the prolific goal scorer who starred with the St. Boniface Saints.
Posted by Benny W at 07:45