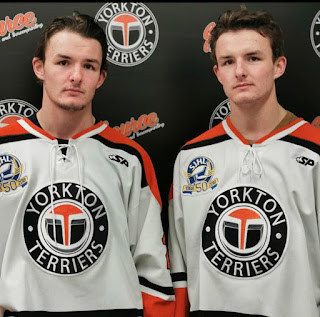 The SJHL's Yorkton Terriers have announced a couple local products will be joining their roster.

19 year old forwards Kaeden and Keenan Taphorn have signed with the club after spending the last few seasons in the Western Hockey League.

Keenan, played in 210 career games in the WHL with the Kootenay ICE and Moose Jaw compiling 62 points while brother Kaedan had 36 points in 180 games with the ICE and Warriors.