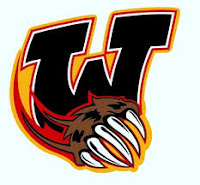 The Waywayseecappo Wolverines wish to announce that Head Coach/GM, Arnie Caplan is no longer with the organization.
Despite Arnie’s enthusiasm, the Wolverines have struggled in the first third of the season and the team has decided to try a different approach to hockey operations and team management.

Paul MacLean will assume the role of Head Coach/Director of Player and Hockey Operations.  Paul, who hails from Oakville, Ont., joined the Wolverine coaching staff in early September.  Paul’s approach and knowledge of the game has made him a logical choice in the coaching change.
Discussions are on-going within the organization to fill the assistant coach position.

The Waywayseecappo Wolverines thank Arnie Caplan for his contribution to the Hockey Club and wish him all the best in the future.
Posted by Benny W at 05:09