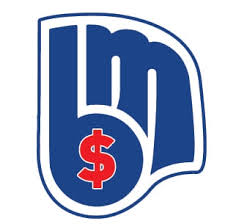 The status of the Western Canadian Baseball League's Melville Millionaires is in jeopardy but for now the franchise will not be revoked.

Due to their financial struggles, stagnant ticket sales and lack of performance & sponsorship the WCBL was concerned that the team in the Rail City wouldn't be viable anymore.

But Mils President Darren Wandy along with League President Kevin Kwame drafted up a letter to send to league's board of directors to consider letting the ball club take a one year leave of absence instead of getting revoked and in the end the league accepted that request.

Now in the year away the Mils will need to try to raise interest of the team within the community, fund-raise money to pay back current & old creditors and need to try to return the team to a viable franchise.

The progressive 50/50 is one of the team's major focus points right now with the draw date set for Oct. 30th and the club is hoping that the community and also expanded area purchasers will step up to support.

The Mils would also like to add some more board members and volunteers to the organization to help out in any capacity and you can contact Darren if you're interested.


Wandy on the impact of Mils baseball in Melville


Kvame on the team applying for the leave of absence.

Kvame on what it means for the league

Kvame on how the league will monitor the situation going forward.