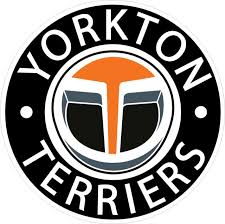 Cole Johnson, Battlefords North Stars
1998 F Cole Johnson (Marwayne AB) caught fire in a big way this past week, scoring 8-goals and 1-assist in four games played.  Johnson had a hat trick in a 7-3 win over Melfort last Wednesday and then erupted for four goals in an 8-1 thrashing over La Ronge on Saturday.  Johnson is up to 10-goals and 4-assists in 8-games this season.  He’s a veteran of 64 games in the WHL and also played the first half of this year in Lloydminster (AJHL).  Runner-up:  Brandson Hein, Flin Flon.

IBAS SJHL DEFENSEMAN OF THE WEEK:

Bryce Fiske, Humboldt Broncos
1997 D Bryce Fiske (La Ronge SK) had a productive weekend, helping the Broncos win both games played and putting up three points to boot.  That included a one goal, one assist game on Saturday against Flin Flon.  He also had an assist on Friday night against his former team, the La Ronge Ice Wolves.  Fiske has 4-goals and 22-assists in 41-games this season, including 19-points in 29-games as a Bronco.  Runner-up:  Blake Kleiner, Kindersley.

SASKTEL SJHL GOALTENDER OF THE WEEK:

Colby Entz, Melville Millionaires
1998 G Colby Entz (Churchbridge SK) had an impressive week, yielding just one goal in two games played as he led the Mils to two wins and an end of their five game losing skid.  On Friday night, Entz was the top star in a 2-1 shootout decision over Flin Flon in making 28-saves.  One night later, he blocked 33-of-34 in a victory at Weyburn to finish with a SPCT of .968.  He’s now 12-17-and-2 with a 2.99-GAA and .910-SPCT overall.  Runner-up:  Justen Close, Kindersley.

Matthias Urbanski, Battlefords North Stars
1999 F Matthias Urbanski (Oliver BC) found the scoresheet in three of the four games played by the North Stars this week.  He had one assists against Kindersley on Tuesday and then two assists in a win over Melfort on Wednesday.  He scored a goal against La Ronge, in Spiritwood, on Saturday.  Urbanski now has 18-goals and 15-assists in 39-games played on the year.  Runner up:  Ben Laidlaw, Yorkton.