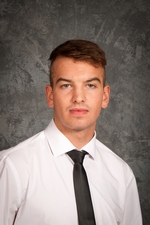 The Swan Valley Stampers have added some experience to their forward unit after a trade with the Lloydminster Bobcats.

The Stamps acquired 20 year old F Tucker Scantlebury from the Bobcats in exchange for future considerations.

"He is a player that adds some experience and grit, but also can chip in offensively and we are trying to become even harder to play against and Tucker definitely helps us out with that," Stamps Head Coach/GM Barry Wolff said.

The Foxwarren, MB product had 21 points in 32 games with the Bobcats so far this season.

In 133 career Junior games split between the Bobcats and the SJHL's Melville Millionaires, Scantlebury has compiled 83 points (36 G 47A).

On this week's Swan Valley Stampeders Coaches Show, Head Coach/GM Barry Wolff chats about the break, their recent trade with the Lloydminster Bobcats (AJHL) and previews this weekend's games vs. Selkirk 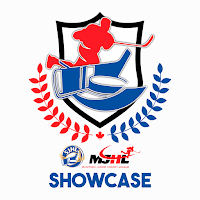 The 60 players that will represent the Manitoba Junior Hockey League at this year's SJHL/MJHL Showcase in Regina on January 14th and 15th.

Full a full look at the MJHL rosters check out the Manitoba Junior Hockey League Twitter page at https://twitter.com/mjhlhockey