The club's board of directors officially announced on  Wednesday that Chad Korczak will take over both duties effective immediately.

"I'm happy & excited, it's nothing I thought about since the opportunity became available, my own son's went through the program and I've seen first-hand what it is all about, and I felt like now I might have the time to help the organization head back in the right direction", Korczak said in a phone interview on Thursday.

The Maulers said in a press release that with Korczak's experience coaching at the AA and AAA Spring level that he is a great evaluator of talent and has gained strong insight into how to assemble and run a hockey organization.

Dalane Lamb will also continue with his role as Interim Head Coach.

The Maulers return to action on Wednesday night when they host the Tisdale Trojans at the Farrell Agencies Arena. 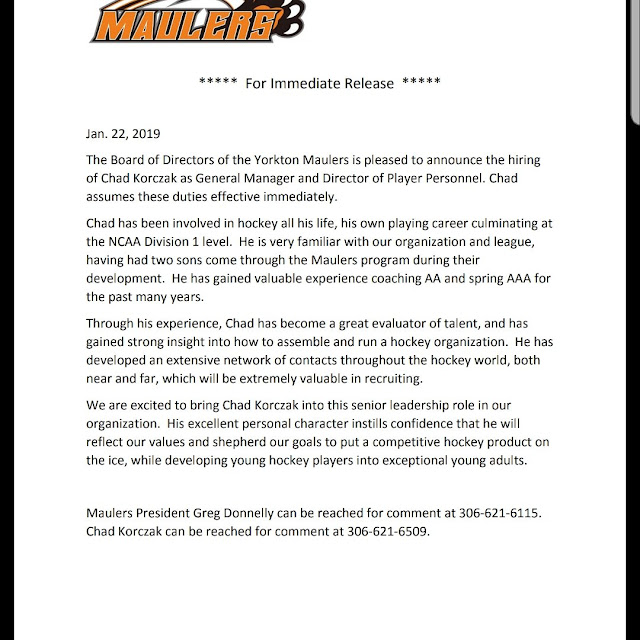